This document outlines how to configure EAS Build for some common scenarios, such as monorepos and repositories with private dependencies. The examples described here do not provide step-by-step instructions to set up EAS Build from scratch. Instead, they explain the changes from the standard process that are necessary to accommodate the given scenario.

How to set up EAS Build with a monorepo

How to use private package repositories 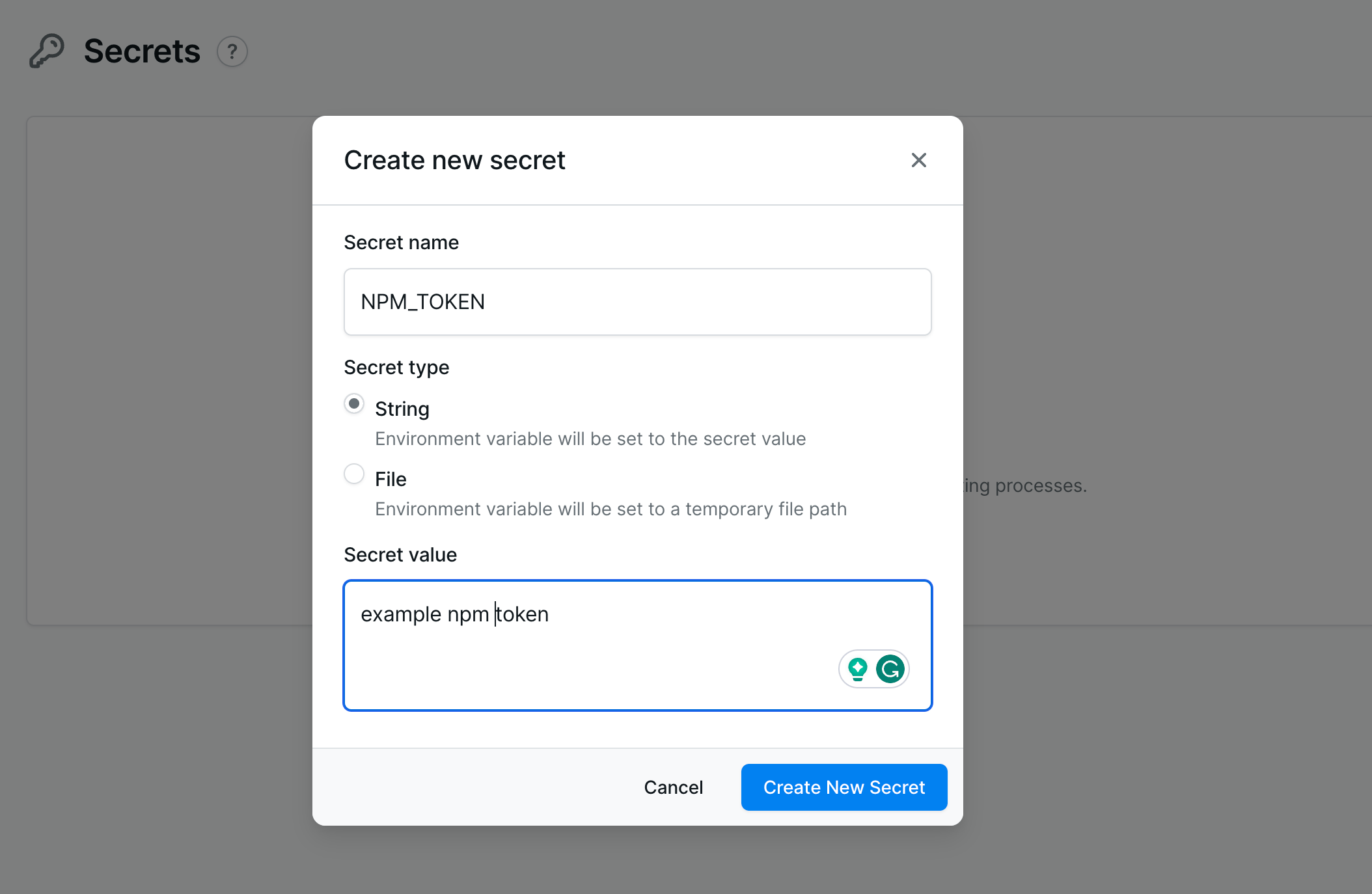 Before setting up private packages, check the existing configuration described in the build server infrastructure page under .npmrc and yarnrc.yml to verify that it won't affect your setup.

By default the EAS npm cache won't work with yarn v1, because yarn.lock files contain URLs to registries for every package and yarn does not provide any way to override it. The issue is fixed in yarn v2, but the yarn team does not plan to backport it to yarn v1. If you want to take advantage of the npm cache, you can use the eas-build-pre-install script to override the registry in your yarn.lock.
e.g.

How to use git submodules

First, create a secret with a base64 encoded private SSH key that has permission to access submodule repositories. Next, add an eas-build-pre-install npm hook to check out those submodules, for example: