You can usually get away with not being a code signing expert by letting EAS handle it for you. However, there are cases where some users might want to manage their project keystore, certificates and profiles on their own.
If you would like to manage your own app signing credentials, you can use credentials.json to give EAS Build relative paths to the credentials on your local file system and their associated passwords in order to use them to sign your builds.

If you opt in to local credentials configuration, you'll need to create a credentials.json file at the root of your project and it should look something like this:

Remember to add credentials.json and all of your credentials to .gitignore so you don't accidentally commit them to the repository and potentially leak your secrets.

There are a few more prerequisites for building the iOS app binary. You need a paid Apple Developer Account, and then you'll need to generate the Distribution Certificate and Provisioning Profile for your application, which can be done via the Apple Developer Portal.
Once you have the Distribution Certificate and Provisioning Profile on your computer, you should move them to the appropriate directory. We recommend you keep them in the ios/certs directory. In the rest of this document we assume that they are named dist.p12 and profile.mobileprovision respectively. Remember to git-ignore all files in the directory! If you've placed the credentials in the suggested directory, you can ignore those files by adding the following line to .gitignore:
Create (or edit) credentials.json and configure it with the credentials:

If you want to build an Android app binary you'll need to have a keystore. If you don't have a release keystore yet, you can generate it on your own using the following command (replace KEYSTORE_PASSWORD, KEY_PASSWORD, KEY_ALIAS and com.expo.your.android.package with the values of your choice):
Once you have the keystore file on your computer, you should move it to the appropriate directory. We recommend you keep your keystores in the android/keystores directory. Remember to git-ignore all your release keystores! If you've run the above keytool command and placed the keystore at android/keystores/release.keystore, you can ignore that file by adding the following line to .gitignore:
Create credentials.json and configure it with the credentials: 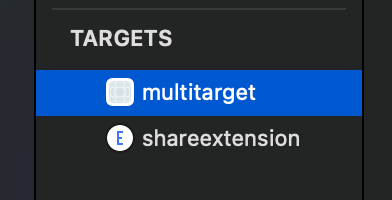 In this case, your credentials.json should look like below:

Before you start setting up your CI job, make sure you have your credentials.json and eas.json files configured as described above.
Developers tend to provide CI jobs with secrets by using environment variables. One of the challenges with this approach is that the credentials.json file contains a JSON object and it might be difficult to escape it properly, so you could assign it to an environment variable. One possible solution to this problem is to convert the file to a base64-encoded string, set an environment variable to that value, and later decode it and restore the file on the CI.
Consider the following steps:
Similarly, you can encode your keystore, provisioning profile and distribution certificate so you can restore them later on the CI. In order to successfully trigger your build using local credentials from CI, you'll have to make sure all the credentials exist in the CI instance's file system (at the same locations as defined in credentials.json).
Once the restoring steps are in place, you can use the same process described in the Triggering builds from CI guide to trigger the builds.