Release channels are used for our Classic Updates service. As of Dec 2021, we started previewing the next generation of our updates service: EAS Update. Learn more.

For a quick introduction to release channels, read this.
When you publish your app by running expo publish --release-channel staging, it creates:
For simplicity, the rest of this article will refer to just the ios releases, but you could swap out ios for android at any point and everything would still be true.

You can see everything that you’ve published with expo publish:history. 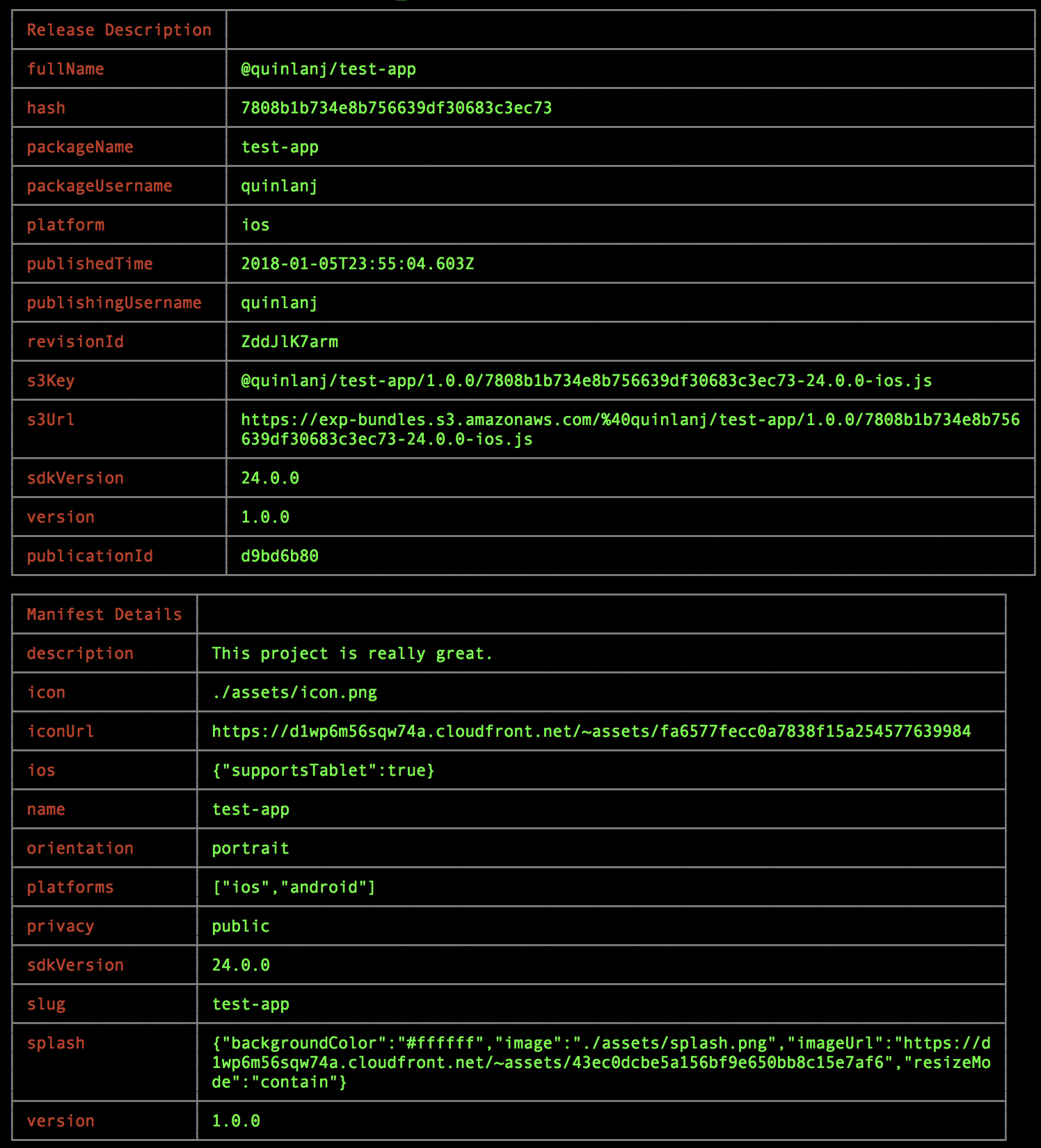 What version of the app will my users get?

Your users will get the most recent compatible release that was pushed to a release channel. Factors that affect compatibility:
The following flowchart shows how we determine which release to return to a user: 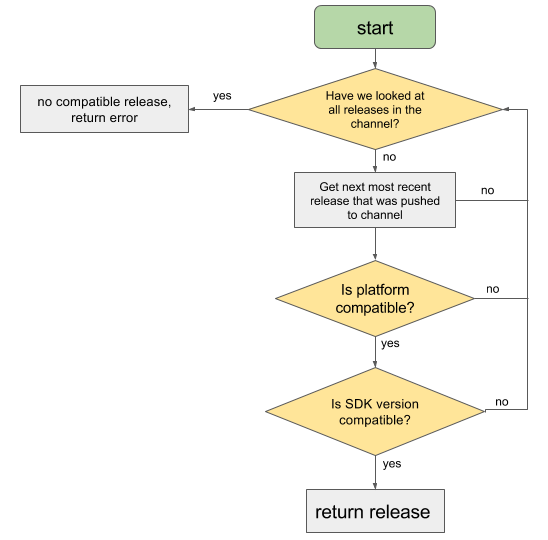 Promoting a release to a new release channel